Greetings! I have the pleasure of having the President of Amani Counseling & Consulting Services and my sister/friend Psychotherapist Kamisha Johnson to bless us with a topic that a lot of woman of color can relate to. Thank You Kamisha!

For many generations young African American girls have been told “don’t do that, Mama got bad nerves,” or “Mama gotta take her nerve pills.” We have been programmed and prepared for “bad nerves” well before we could define the meaning of this saying our elders referred too often. Many decades later there has been a paradigm shift within the African American culture and we are beginning to have dialogue about the real meaning of “bad nerves.” Now, we have learned that “bad nerves” is the equivalent of Generalized Anxiety Disorder. According to Anxiety & Depression Association of America “Generalized Anxiety Disorder affects 6.8 million adults and women are twice as likely to be affected as men” (www.adaa.org). As a therapist what I have seen through both my personal and professional experience. Specific statistical data is null and void on African American women due to being understudied. Further, I have observed many African American women live with some form of Anxiety Disorder. Society and our culture have created this ideology of the Strong Black Woman that perpetuates and increase the symptoms of anxiety. We get caught up in being the matriarch and caregivers of our families at the expense of our mental health. As a result, this exacerbates our anxiety and makes us more susceptible to medical ailments including high blood pressure, chronic pain, diabetes, obesity, and depression. According to the DSM-V (2013) Generalized Anxiety Disorder’s symptoms that have to be present to meet criteria include:

To help alleviate symptoms of Generalized Anxiety Disorder includes a combination of the following:

In the African American community we tend to turn a blind eye to mental illness. It is my ethical duty and passion to raise awareness. 1 in 5 adults experience some form of severe and persistent mental illness in any given year. Specifically in the African American community we have placed such a high stigma on this illness and we believe we can pray it away. However, us who have spiritual enlightenment and education understand that prayer without work is DEAD. We must embrace that mental illness is real and with psychological openness and awareness we can help those that suffer seek help. Most importantly, live a fulfilled life through recovery. NO ONE deserves to suffer in silence.

“You may encounter many defeats, but you must not be defeated. In fact, it may be necessary to encounter the defeats, so you can know who you are, what you can rise from, how you can still come out of it.”- Maya Angelou 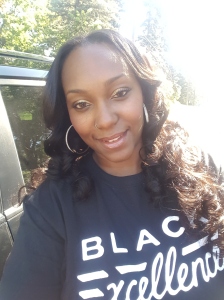 View all posts by protectyourcrown